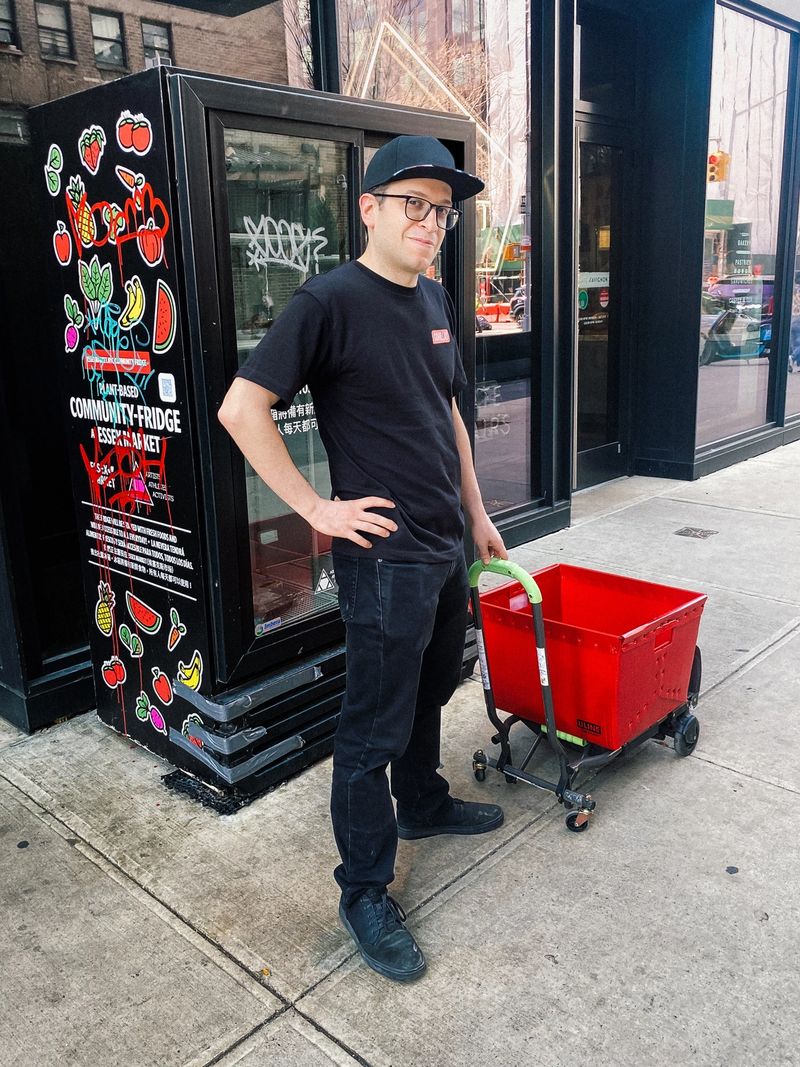 In today’s This Is Gorillas feature we meet Jon Katz, a charismatic food and culture aficionado, and localization buyer at Gorillas in New York. If there’s one thing you need to know about Jon it is his passion for reducing food waste, and we learn how he’s been able to bring this mission to life at Gorillas.

Tell us a bit about yourself.

I was born and raised in New York City–on the Upper West Side to be precise.

Growing up, I was–as most New Yorkers are–disproportionately disconnected from my food: primarily where it came from and where it went after being designated as “trash”. After college, I spent a number of years working on sustainable agriculture projects around the world, and this experience changed me in two fundamental ways: I was left with a deep and abiding respect for the colossal effort it takes to grow, process, and distribute food, and I developed a serious allergic reaction to food waste.

After finishing up my international agricultural education, I worked in various food-related capacities in New Orleans (where I went to college), then eventually found my way back to my hometown, and in April of 2021 I joined Gorillas US as the Localization Buyer for NYC.

What’s it like to be a buyer in New York?

It’s a blast. The local food space here is the most robust in the country, and connecting with local brands is always interesting. Onboarding new products, doing factory tours, forming partnerships, creating co-branded items, talking to founders, makers and owners–it’s all tons of fun. 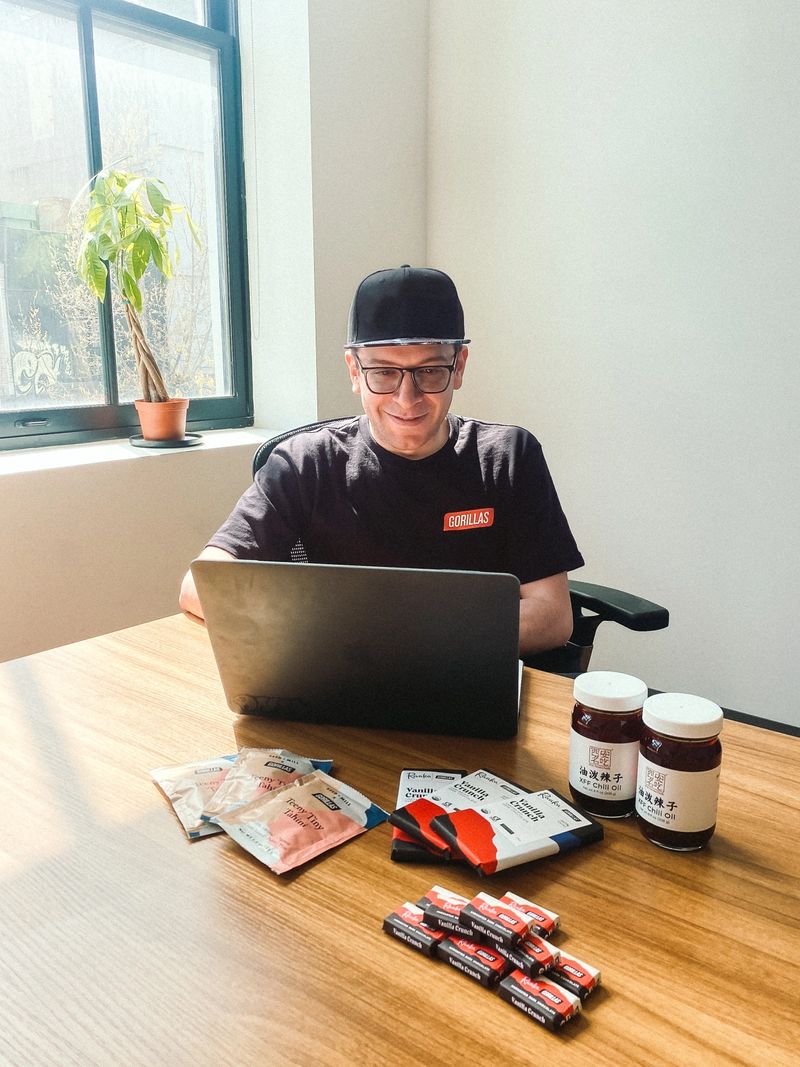 Why did you join Gorillas?

To paraphrase The Godfather, they made me an offer I couldn’t refuse. No, really–it was time for me to move on from my last job. I had far outgrown it and was looking for a new challenge and a bit more responsibility. I got hit up on LinkedIn by a recruiter, and the rest, as they say, is history.

How did your role evolve since first joining the team?

Since joining the team as the Localization Buyer, my role has evolved quite a bit. I’ve created an in-house Sustainability program, worked very closely with the Brand team on numerous initiatives, have run interview series with local vendors, and have spotlit some of our food rescue partners so as to give the team greater visibility into the folks we are supporting.

Can you tell us about the projects you’ve been involved in setting up?

Definitely. The first project I set up is a citywide food rescue program encompassing every single Gorillas warehouse. Each week anywhere from 20-30 local community partners will pick up unsalable but edible food from one or more warehouses and either distribute it directly to people in need, stock neighborhood community fridges, or donate it to a food bank. These partners range from small groups of committed individuals all the way up to a large corporate non-profits with hundreds of employees.

The second project is related to Gorillas’ composting efforts. During the pandemic, the city government drastically cut back our municipal composting services, and some motivated and idealistic New Yorkers stepped in to fill the gap. Vivian Lin, founder of Groundcycle, is one of them. Her company provides composting solutions for individuals and businesses, diverting organic waste from landfills and routing it instead to a nearby farm, where it is cycled into compost to be used on-site or delivered back to the client. Groundcycle also gives its customers the opportunity to receive produce grown on the same farm where their organic waste has been turned into fertilizer. This is the definition of a truly sustainable business, and is a prime example of where we need to move, globally, in order to create the circular economy necessary to avoid the looming climate catastrophe. I am so proud that Gorillas is invested locally in such a dynamic partnership.

"In November of 2021, Gorillas was donating about 70% of all edible but unsalable food to our network of food rescue partners. By January of 2022, we eclipsed 95%. As of the time of this writing, in mid-April, we are approaching 100%."

What impact do you see these programs having on the local communities we serve?

The impact on the communities we serve cannot be overstated. Many neighborhoods in New York lack access to fresh, healthy food, and many residents of the city lack the financial means to provide high-quality food for their families. Unbelievably, over one million New Yorkers suffer food insecurity every year despite the fact that over 30% of all food produced in this country is thrown away. Gorillas plays an integral part in distributing high-quality food to those in greatest need while preventing edible food from finding its way to the garbage dump.

What’s next for you? Where do you see your role going?

I’d love to have the opportunity to build out a Sustainability team for Gorillas US, as the work I’ve done thus far has been outside of any formal Sustainability role. As we expand across New York and ultimately the rest of the country, I think it’s super important to be intentional about where our resources are focused, especially as we define ourselves as a truly sustainable business.

How satisfied are you with the progress that is being made to tackle food waste in New York? What needs to happen next?

I am quite happy with the progress that is being made to tackle food waste at Gorillas, and I feel there is more we can do: I’d like to build out an in-house food rescue team, either standalone or in sync with one of our food rescue partners. I’d like to set up Gorillas-sponsored fridges around the city. I’d also like to export the model I’ve set up in New York to other Gorillas markets around the world.

On the other hand, I am quite unhappy with the “progress” being made more generally in New York City. Quite frankly: there is none. New York needs laws, like those on the books in parts of Europe, that make it illegal for food companies to throw away edible goods. We need more food rescuers, more community fridges, more recycling centers, more urban gardens, more visibility towards the struggle for food justice, more education around food waste, more municipal composting options, more empathy, and more awareness about the unthinkable amount of food waste that occurs while so many go hungry. 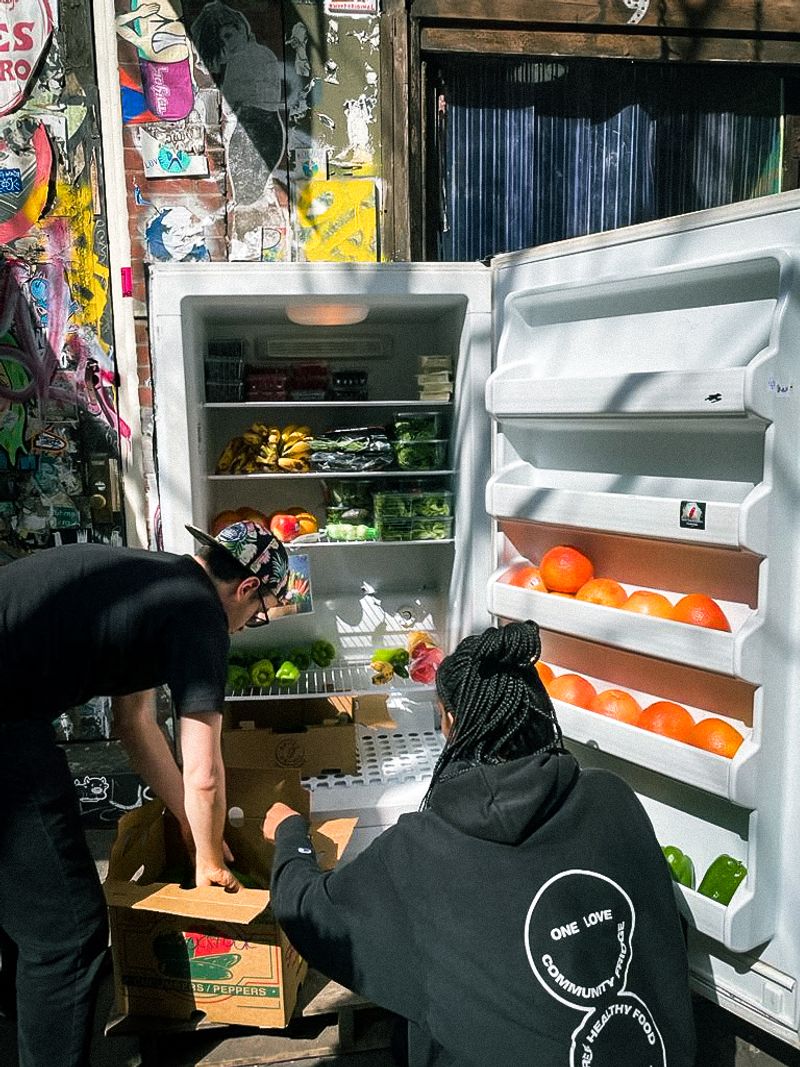 One thing that keeps you busy in your spare time: I run a food and culture series on YouTube and Instagram called NYC Foodways. Check it out!

Advice for succeeding at Gorillas: Be an asset, not a liability, to those who rely on you. Keep your word to yourself and others. Be direct in your communication.

What’s your vision for the future?

Ah, my vision for the future. It’s pretty ambitious: now that Gorillas is arguably the most sustainable grocery company in New York City, my goal would be to make it the most sustainable grocery company in the United States, and eventually, the world. There is no reason other than lack of willpower–a resource that a lot of us at Gorillas possess in abundance–that this is not possible.

Some months ago, right around Christmastime, one of our major distributors misdelivered (at no cost to us) several pallets of temperature-sensitive frozen and refrigerated items. It was an enormous amount of food–$5,000 retail value, easy, and the company was not coming back to get it. I put the call out to my network and within a couple of hours nearly all of it had been salvaged. The rescuers sent us photos of community fridges stuffed to the gills with frozen waffles, pizzas, dairy, and all types of high-end goods that could not have appeared at a better time: this was when the Omicron variant was spiking and New York was hurting badly. It felt so good to be able to convert what would otherwise have hit the landfill into a positive for the communities we serve.

Thanks to Jon for sharing his story with us. If this article sparked your interest and you want to be a part of shaping the future of grocery, check out our open opportunities below.