This February we announced the launch of Pedal Records, a one-of-a-kind cultural initiative created to empower our talented crew to express their creativity and passion in music.

Today we are excited to introduce the world to the newest artists who have joined Pedal Records in the last two months. 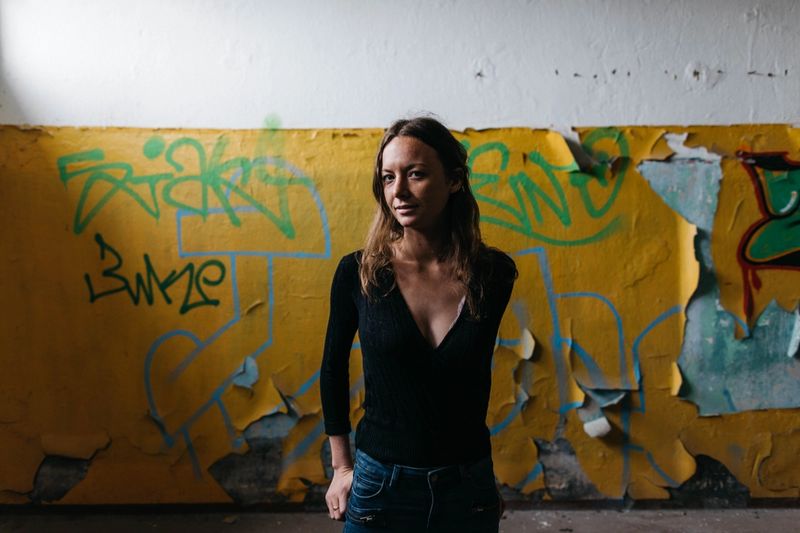 By Night: Lask, is a Melbourne born, Berlin residing DJ and Producer, specializing in techno.

She started delving into music at the age of 13 after attending copious festivals and 'Doofs' as a child. She made her way into the underground warehouse scene of Melbourne, attending drum & bass and hard techno parties throughout her teen years.

The inspiration of the Australian bush and warehouse scene has followed her throughout her journey to Berlin, influencing her productions and DJ sets. Since moving to Berlin, she finds comfort playing the faster sounds combined with the dark, hypnotic influences of what she learnt in Australia. 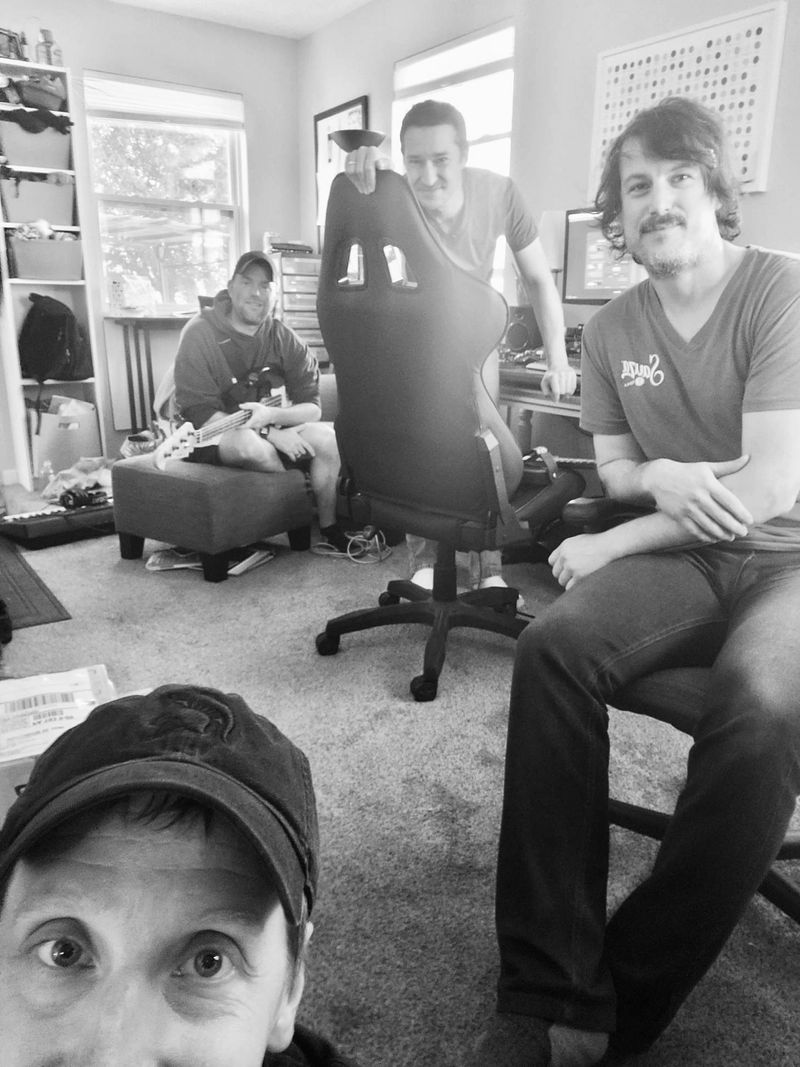 By Day: Rider Captain at Gorillas.

By Night: Liquid Road is a band originally from Detroit, MI, formed by 4 high school friends and rowing teammates that bonded over their love for 70s classic rock and 90s alternative. From their origin they focused on crafting their own songwriting style, incorporating influences spanning multiple decades and genres. The band played consistently around Detroit in the late 90s and early 00s, and in 2018 after a decade-long hiatus, they got together in their home studio to record “Speak to The Crown”, an 8-song LP. In 2022 LR was signed to Pedal Records, who released their first single "Stung." Despite band members living in different states, Liquid Road still gets together as often as possible to write, record, and release new music. 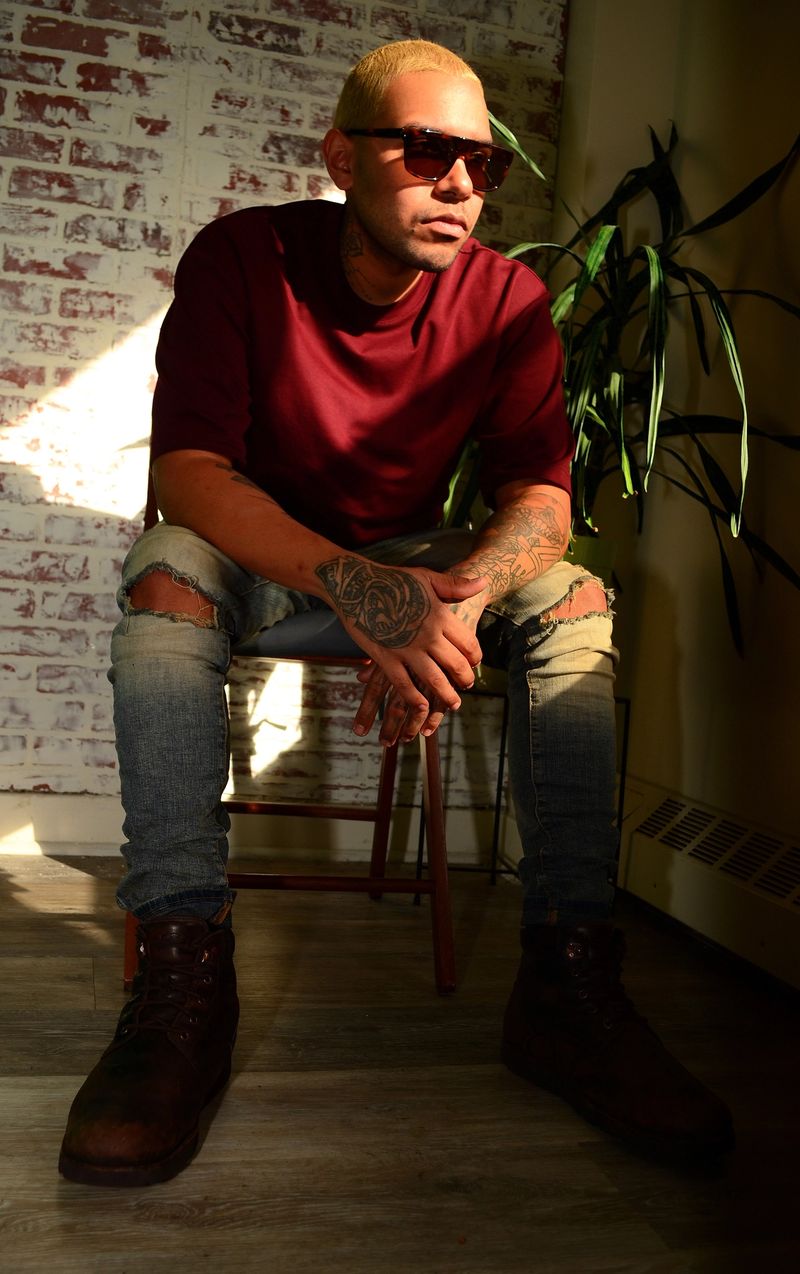 By Night: Born in the Bronx and now Brooklyn-based John Rivera [Artist name: thecasin0], took his hobby to a new level by bringing his talent out to the masses. Imagine a pop alternative trap music that falls into a spacey vibe, space cowboy vibes? Sounds like a good mix to start your day with. 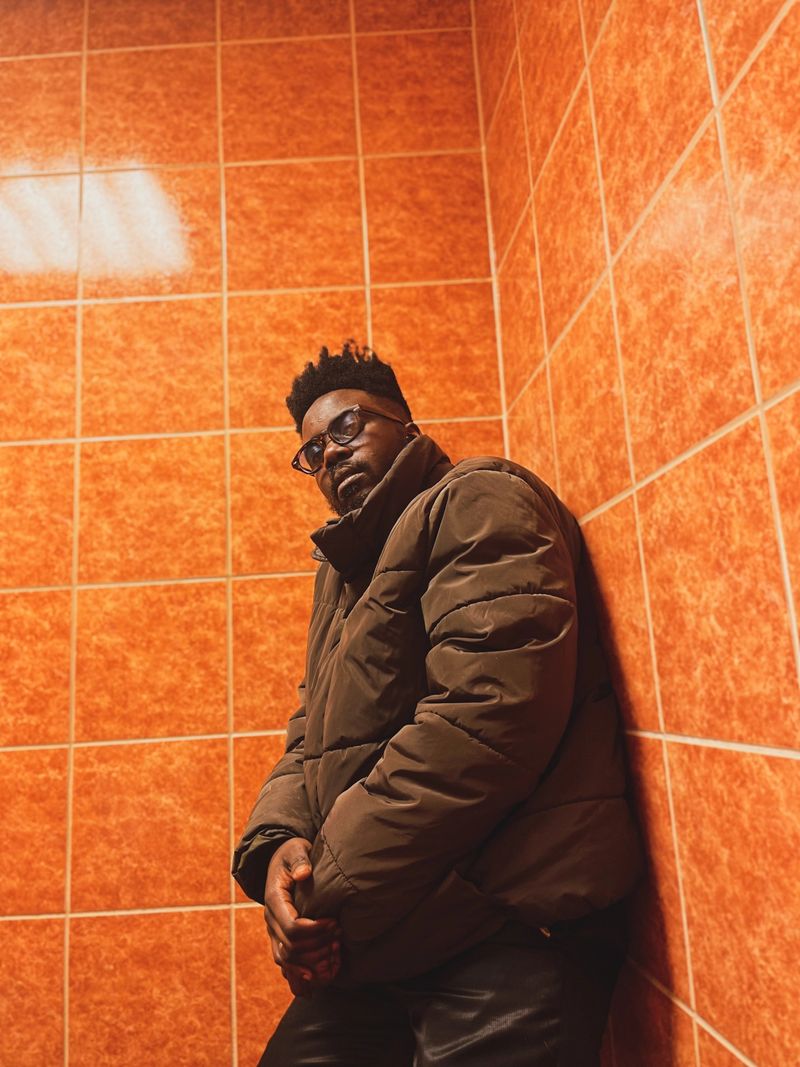 By Night: Hailed as one of Namibia‘s best kept secrets, Lord Stef‘s roots are deeply embedded in the old school hip hop, boom bap and true artistic meaning of what it means to be an MC. His Captivating energetic performances transport audiences through different time capsules as he blends musicianship, creativity and tradition. Lord Stef‘ categorises his music as „Township Funk“, African melodies fused with mellow upbeat drums, lost voice notes and deep quotes. Not forgetting his impeccable penmanship and the ability to tell stories of any individual and/or scenario. 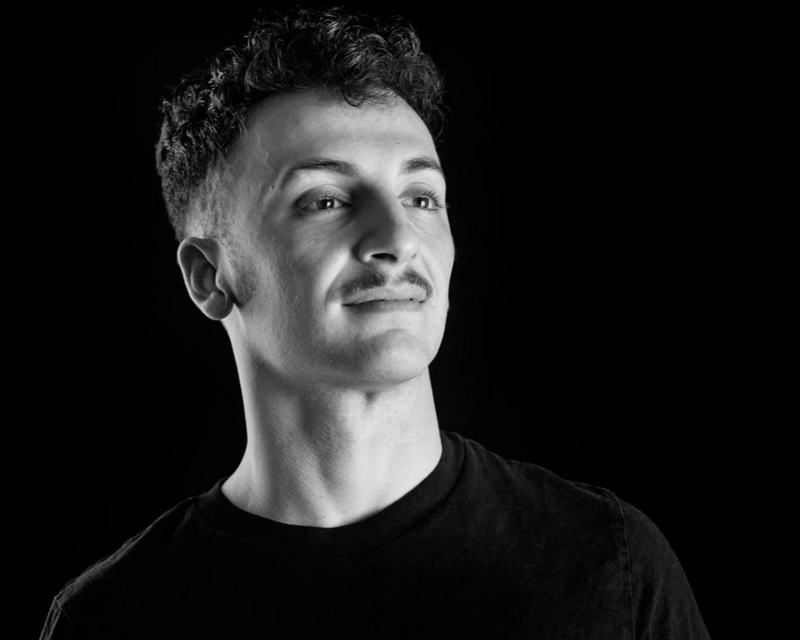 By Night: Dario Zagarella is a DJ-producer who has been passionate about the world of electronic music since he was a child, pushing himself in the pursuit of new sounds.

Today, a sound engineering student at the SAE University of Milan, recognized all over the world for his rigid training. He loves to capture and modify all the sounds that nature offers, relying on high-level shooting systems. In addition, he loves experimenting with modular synthesizers and software with state-of-the-art synthesis algorithms, to try to create sounds never heard before.

He has played in various national events and holidays, renowned in his own city. In 2017 he founded a streaming radio called ZLAB. In 2018 he played in Ibiza in several parties around the island. In 2020 he published a song for the "Monkey Stereo" label on the occasion of ADE as well as having a collaboration in a VA for the "Array" label and "Room 82". In 2021 his first EP "Stand Up" was released for the "The prison Label". Since february 2022 he is resident dj at the tunnel club in Milan. 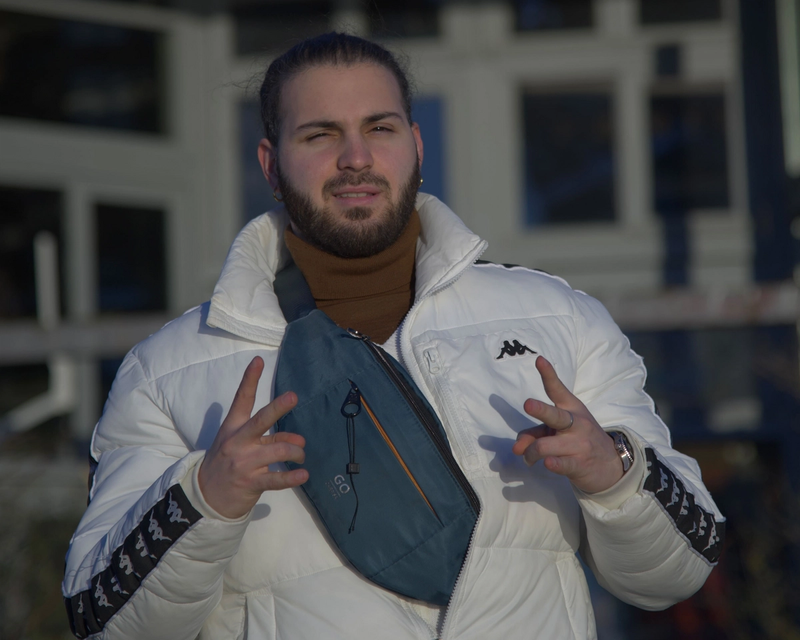 By Day: Picker at Gorillas.

By Night: Luigi Mauricio Caramagna (Artist Name: Giyu) loves freestyling. He makes music for fun and was born and raised in Latin America. Due to his upbringing, his sound is heavily influenced by Latin culture. He loves to sing and rap in Spanish and Italian as you can hear in his latest track: Tenemos un sueño, out now on Pedal Records! 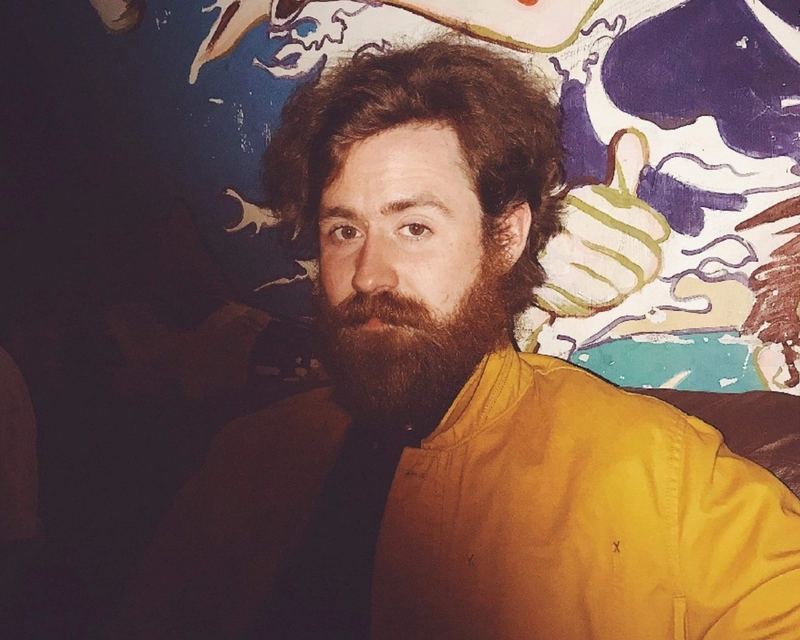 By Night: The Good Giant is a project born from a collaboration between artists from around the world. The songs are written by Ingimar Flóvent and then built upon by various musicians that bring their own style to the table. The project is a passion of love for inspiration and collaboration.

Listen to The Good Giant - Skin to Skin 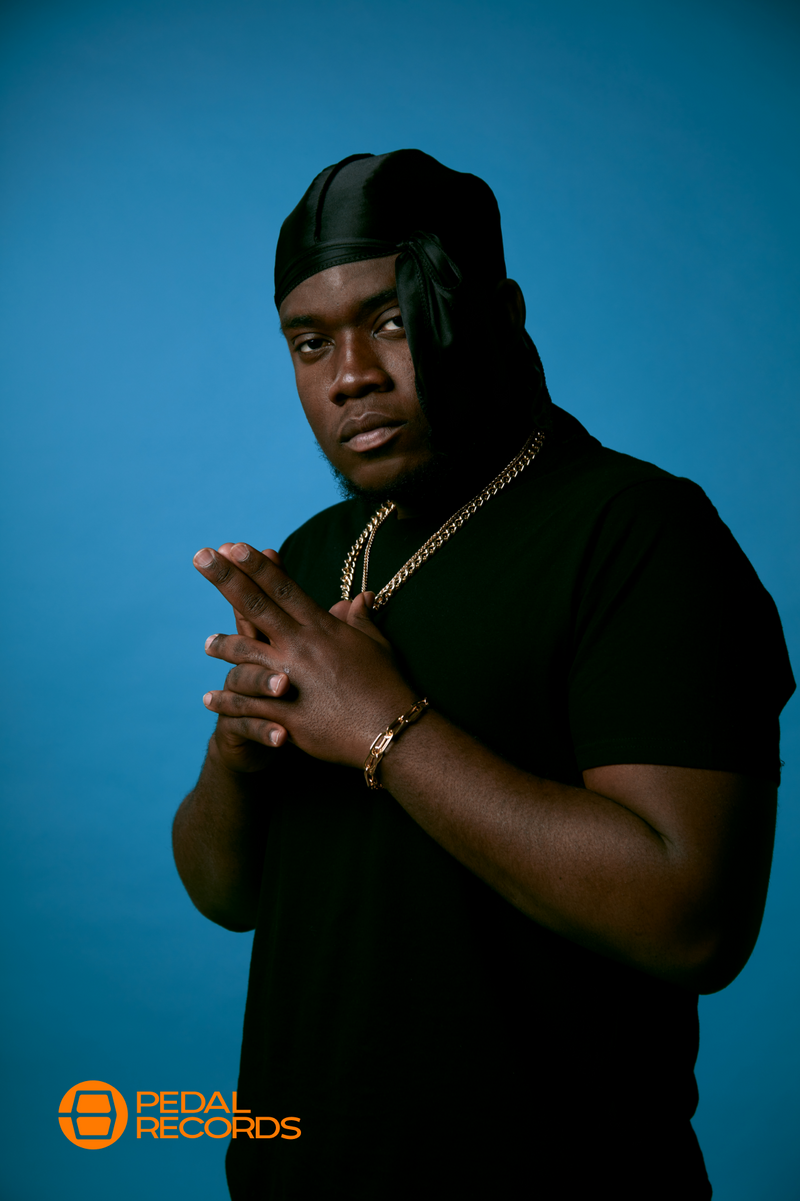 By Night: Nana A.J is a Berlin based Rap artist and Producer from Accra, Ghana (West Africa). His music inspires and encourages. His genre fusion of Gospel, Hip Hop & Afrobeat is an artistic expression of who he is. Nana A.J embarked on his musical career as a teenager, releasing a couple of songs under his former stage name A.J. At a point in time, he realized he wanted to use his impact to make a positive change in the lives of people. Refusing to follow the trends of this world, he elevated his songwriting and birthed something special. His EPs “On The Low” and “Train of Thought” have been making waves ever since their release and are doing very well on online music platforms. As a passionate and energizing performer, Nana A.J is set to take Rap music to a different level with his life changing music that speaks directly to the soul.

Listen to Nana A.J - Round and Round 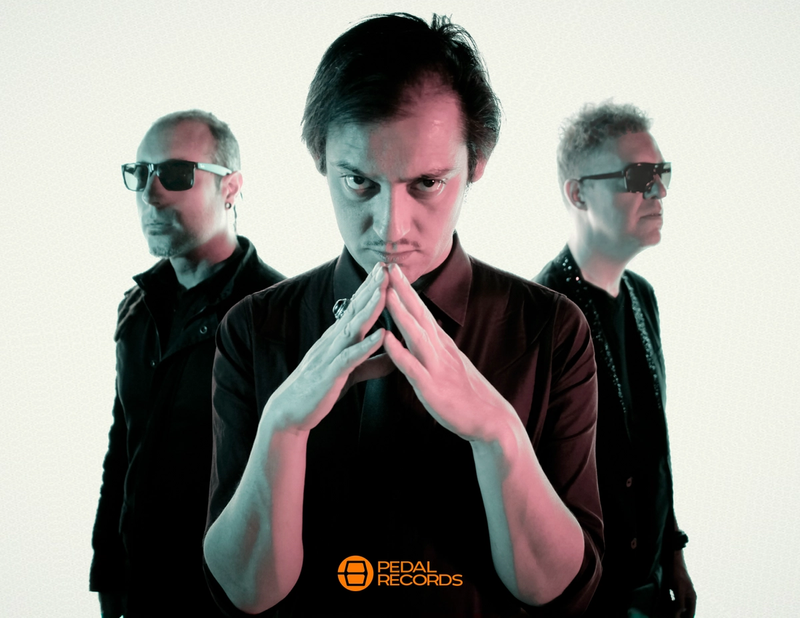 By Day: Deputy Supervisor at Gorillas.

By Night: Natanael Horcas, also known as Natas is a a singer in Sardonique. Sardonique's style could be defined as a blend between post punk and dark synth wave but we love all different kinds of music from late 80s and 90s. The influence behind their music comes from different sources, novels, comic books, films, series, events, and spirituality and philosophy.

By Night: Balwako is a Polish singer songwriter based in The Hague in The Netherlands. His first EP ‘Skrytek 6’ was released in April 2019, following his debut single ‘Alter Ego’ which accompanied a cheque retro music video filmed on set in Poland. Balwako’s second EP will feature electronic music and is a statement of freedom and self-integrity, recorded in Amsterdam: the most liberal place on earth and a city that represents the freedom he has achieved in this phase of life. 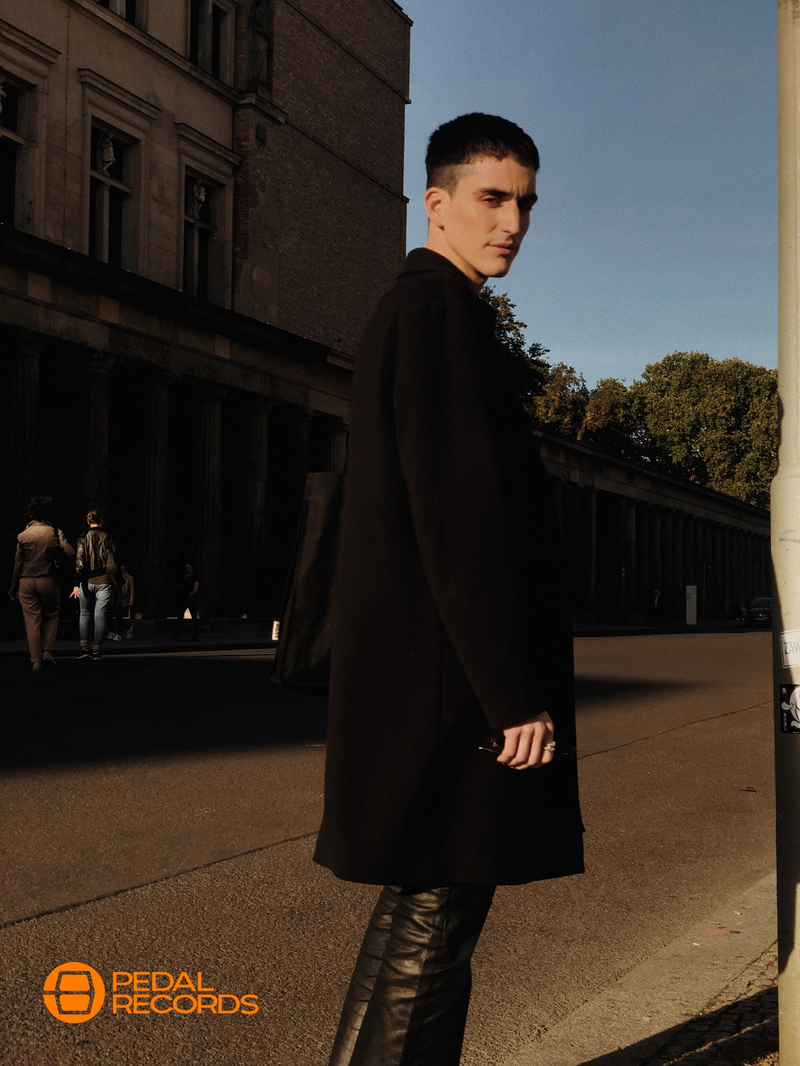 By Night: r0ben is a Chilean born Berlin-based DJ and Producer. Chameleonic, he flirts with rhythm through the exploration of genres in a constant musical and personal reinvention.

His musical journey started out writing lyrics and creating concepts as a child, he was then initiated in music 10 years ago as a drummer and lead singer where he first got in touch with a DAW in order to get more vocal freedom through the use of electronic drums, naturally drifting to electronic music production and DJing.

His productions are the aftermath of his learning process, from techno and trance to dembow, each track aims to integrate new techniques with the purpose of bringing more depth into his sound.

Since January 20th, Gorillas employees have been able to submit their tracks to Pedal Records. The A&R team, consisting of music industry professionals with many years of experience, checks all incoming songs. Even if not every submitted piece of music is released - or every artist signed - all Gorillas artists receive a response with feedback and an opportunity to re-submit their tracks.

The Pedal Records platform also functions as a mentoring tool: Once a track has been selected, a professional team is on hand to support the artist throughout the release process. Mentoring includes for example help with relevant topics, such as mixing and mastering the songs. The tracks are subsequently released on all relevant distribution platforms such as Spotify, Apple Music, Amazon Music, etc.