Supporting Ukraine: How Your Donations Help 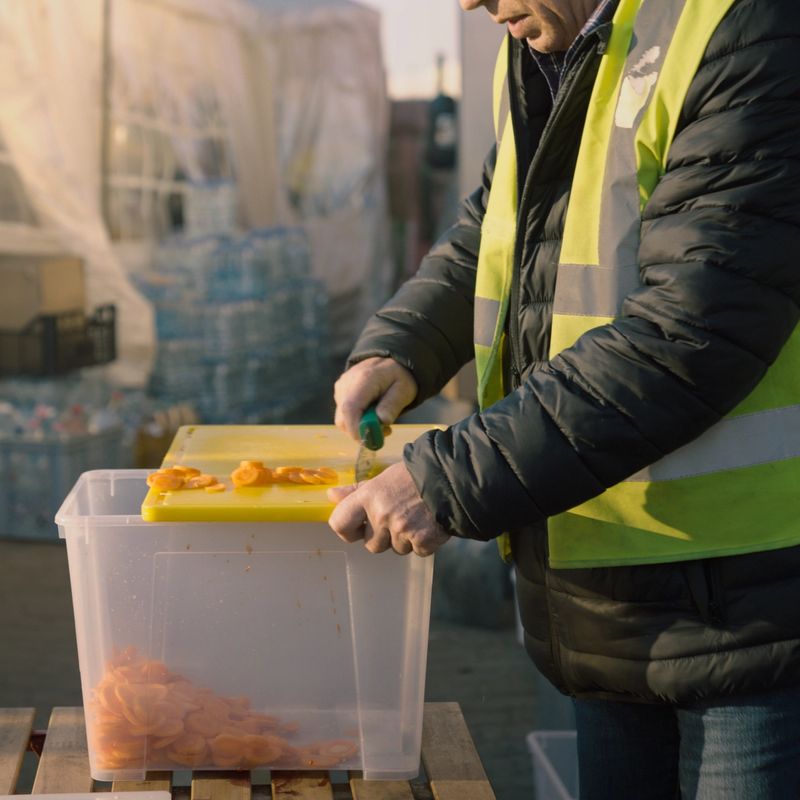 Medyka, a village on the Polish border with Ukraine, normally has a population of less than three thousand. But since Russia invaded Ukraine in February, 20 thousand displaced people cross the border there every day. Families gather to rest on their journey into Europe in a sea of tents, surrounded by boxes of medicine, clothes, and food and volunteers looking for any way to help. Among those offering are volunteers from the Wolne Miejsce Foundation, cooking warm meals for refugees using donations from Gorillas.

Since the beginning of the war, Gorillas has been working to support relief efforts on the border in Poland, where over 2 million Ukrainian refugees have fled, and in Ukraine, where food, medicine, and other supplies are needed most. We’ve partnered with the Wolne Miejsce Foundation (translating roughly to the Free Place Foundation), which normally organizes Christmas and Easter dinners for lonely people around the world. Founder Mikołaj Rykowscy started the organization over 20 years ago when he invited a neighbor to eat with his family on Christmas eve. “Leaving an extra place on holidays in case you need to welcome a lonely person is a Polish tradition,” he says, “but it’s a bit of an empty gesture.” Rykowscy found that people rarely actually invited anyone to eat, so he flipped the tradition on its head and began Wolne Miejsce. They’ve been hosting dinners for people who are alone ever since.

Rykowscy admits that while the foundation doesn’t normally work on the border, “When the war broke out, we just had to come here,” he says. “We had to help people escaping the war.” They’ve been providing soup, tea, coffee, and smiles to people crossing the border for the past month.

Here at Gorillas, we also knew we could not stand by. Within 48 hours of the invasion, we organized an effort to bring goods to the border and into Ukraine. We also knew that our customers wanted to get involved and make a difference, so we set up a way to donate help boxes directly in the app. On March 7th, we rode for peace––we donated all of that day’s delivery fees to humanitarian efforts in Ukraine and encouraged other companies to do the same. We’ve partnered with Wolne Miejsce to continue to bring aid wherever it is most needed–in Poland, Ukraine, or along the border. Thanks to donations made through the app, Wolne Miejsce has established infrastructure to feed and support thousands of refugees crossing the border. 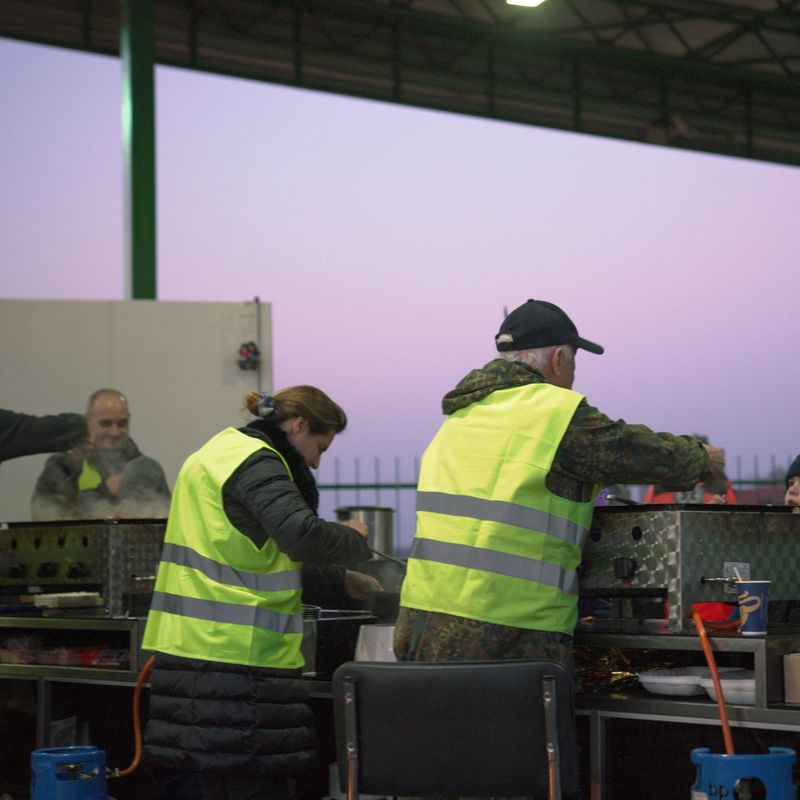 So what happens when you decide to donate through the Gorillas App? Our team is in close contact with Wolne Miejsce regarding the evolving needs at the border. Once you’ve purchased a help box, we gather products at a warehouse in Hannover. From Hannover, we drive goods to our warehouse in Katowice, a town in eastern Poland, around 4 hour’s drive from Medyka on the border. Rykowscy and the rest of the Wolne Miejsce team decide where to send aid based on where it is needed most and organize transport onwards from Katowice.

“We are receiving goods that have been donated by Gorillas customers,” says Sylwia Blacha, a volunteer with Wolne Miejsce at the warehouse in Katowice. “We are sorting them and moving them to Lviv in Ukraine. We are also helping Ukrainian people in need here in Poland.” And these efforts are only possible with donations made through the app, so please consider donating. 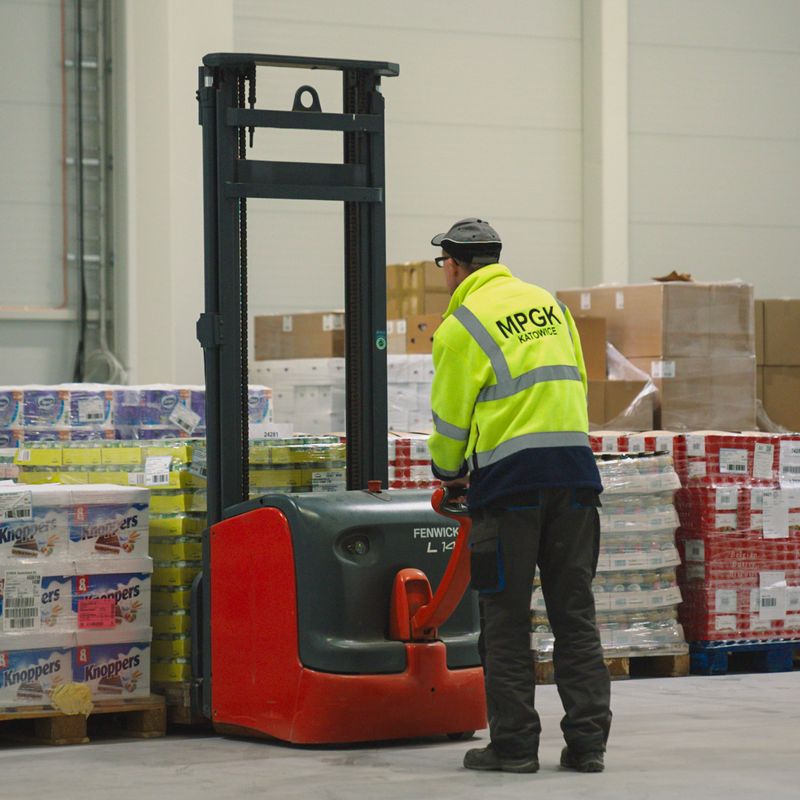 At the warehouse, Blacha and other volunteers load trucks arriving at the warehouse with vital humanitarian aid before they drive to Lviv in western Ukraine. A Ukrainian truck driver climbs into the front seat, preparing to plunge back into the warzone he calls home. Before he goes, he touches his fingers to his forehead, each shoulder, and finally, brings his hands to his heart in prayer, hoping for safety on the dangerous journey to come.

How can you support?

You can support by ordering one of the “Help Boxes” on the Gorillas app that we will immediately ship to the border, together with the foundation.